River’s Edge Wilderness Camping is a dream come true for owners Trudi and Malcolm Smith. Trudi’s local knowledge and delightful people skills, and Malcolm’s qualifications as a builder and long-term experience at running a successful building business have combined to produce their dream of providing a stunning camping and leisure environment for people where they can get away from their busy lives.

Trudi had owned land along the Russell River at Lonnavale, deep in the southwest of Tasmania for many years, and would often take her children to swim in the waterholes and enjoy a picnic in the beautiful unspoilt environment. Around 8 years ago, when newlyweds Trudi and Malcolm were picnicing at one of the waterholes and enjoying a swim, they envisaged opening up the swimming holes to others.

Trudi and Mal started by clearing the rough grass area alongside the river and soon found the trees on the river’s edge would provide natural divisions between any potential camp sites. With plenty of land available for further development, suddenly they could see additional campsites could be made by planting more shrubs and trees, and individual sites could be made large enough to incorporate extended family and friend groups.

The concept of a camping ground that would include the swimming holes and other outdoor activities was born, and their hard work quickly led to the establishment of River’s Edge Wilderness Camping.

River’s Edge was officially opened in 2011 with just 14 campsites and a composting toilet. In 2012 an amenities block was added, along with a camp lounge and kitchen. River’s Edge has been growing ever since, with Mal and Trudi extending and developing the site to make it what it is today. The camp ground now caters for 150 vans and 400 people.

Today Trudi and Malcolm’s commitment is to provide excellent customer service, including:

River’s Edge Wilderness Camping warmly welcomes overnight campers but encourages you to stay awhile, explore the region, and relax on site where there’s lots of quiet enjoyment to be had. 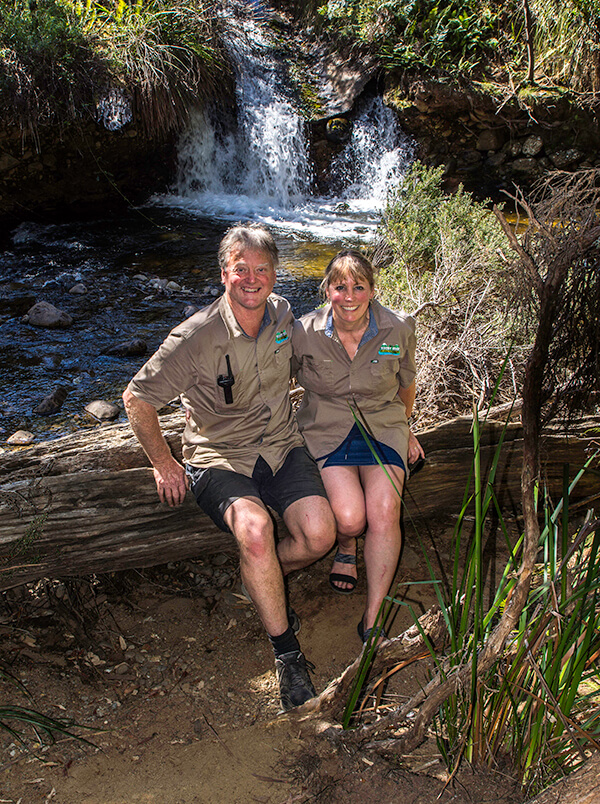